Mo Made The Remarks Following A Rumors About Kapombe 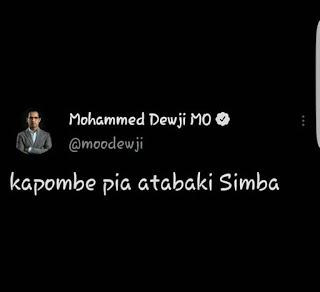 Simba SC's Investor, Mo Dewji has made it clear that defender Shomari Kapombe will not be leaving the club just after the league has Completed.

Mo has made the remarks following rumors that the defender will leave the club after his contract expires at the end of the season.