Manchester City is at the of League Standing with 74 points followed by Manchester United with 66 points.

Leicester City are in 3rd place with 56 points ahead of West Ham with 55 points, while Leicester have one game in hand. 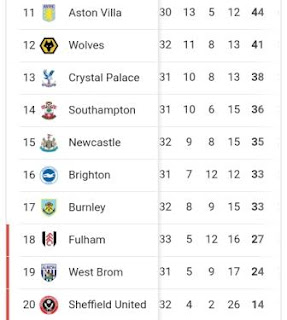