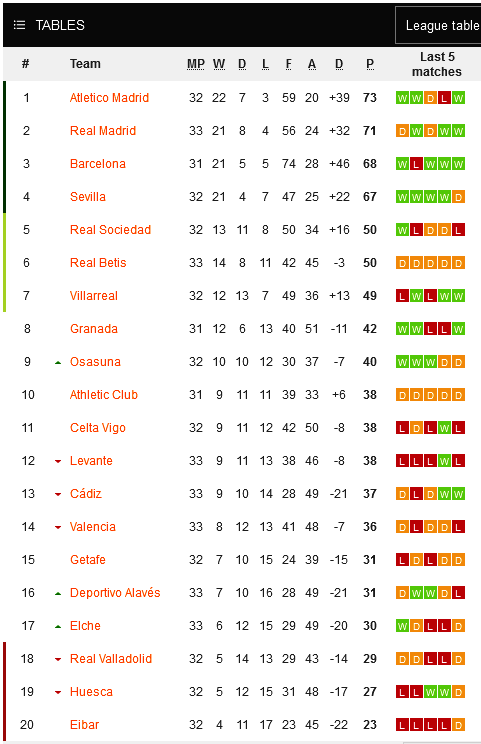 This is the standing of the Spanish Premier League popularly known as La Liga just after the end of yesterday's matches.

Atletic Madrid still lead the league followed by Real Madrid by a difference of 2 points.

Barcelona are 3rd in the league standings with 68 points ahead of fourth-placed Servilla with 67 points.

And this is La Liga's top 4 so far, where several big teams are in the battle for the La Liga title.