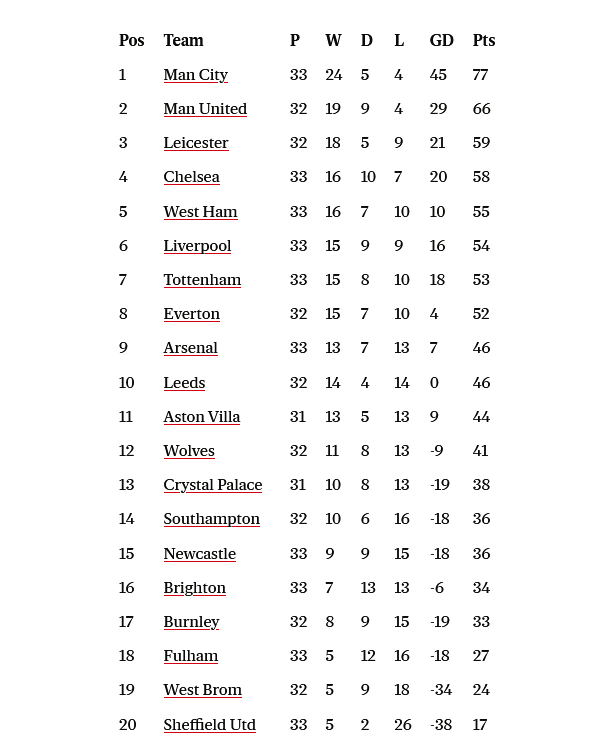 This is the English Premier League standings just after 3 matches which had played yesterday where Chelsea got a 1-0 win over West Ham United while Liverpool drew 1-1 against Newcastle United.

Leicester City are 3rd with 59 points ahead of Chelsea with 58 points.