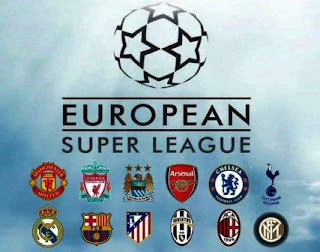 Twelve clubs in Europe have agreed to announce their new competition which is known as the European Super League.

3 more clubs are expected to join as in the list of starting clubs before the start of the launch season, with the tournament expected to start as soon as possible.

UEFA, FIFA and football associations / federations have announced they will strongly oppose the establishment of the league.