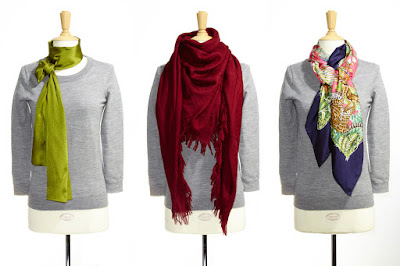 Before you figure out how to tie a scarf, get yourself acclimated with all the different shapes of scarves out there first. Here is a glossary of the top six shapes, styles and ways to wear a scarf. 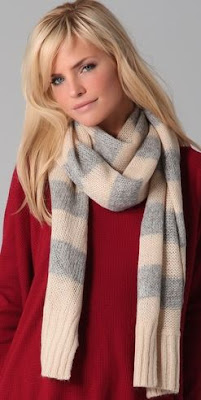 The easiest way to wear an oblong-shaped scarf is to wind it a few times around the neck. However, this style also lends itself well to scarf pins and intricate knots. Check out all the ways you can wear a rectangular scarf in this video.

The Square
Square-shaped scarves often come in silkier fabrics and can be small in size, like pocket squares, to very large ones. Despite their popularity, many people find square scarves difficult to wear. If you aren't well versed in wearing scarves, stay away from squares. 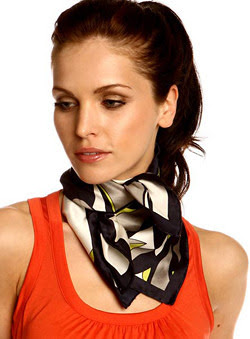 The best way to wear a square-shaped scarf is to fold it in half diagonally and tie it around the neck. In addition, square scarves make great ascots and choker scarf looks.

The Infinity Scarf
Infinity scarves look like a large loop. You can actually create your own infinity scarf by tying the two ends of a rectangular-shaped scarf together.
Infinity scarves are usually worn by placing over the neck and doubling it around a second time. These types of scarves can be found in silky, lightweight styles and heavier weights that are often worn with jackets and coats. 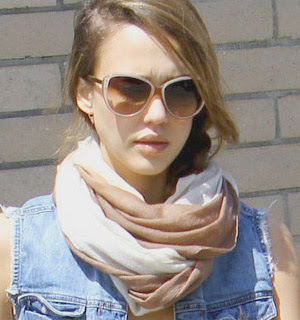 The Shawl or Wrap Scarf
Wrap scarves, also known as shawls or Pashminas, are rectangular- shaped scarves that are heavier in weight and used as an outerwear piece on chilly days, formally with evening looks, and with coats.

When worn like a scarf, shawls and wraps can be tied like a rectangular-shaped scarf. However, when wearing as a wrap, it can be done by draping it over the shoulders and draping one of the scarf's end over the shoulders. If you need help, check out this step-by-step tutorial. 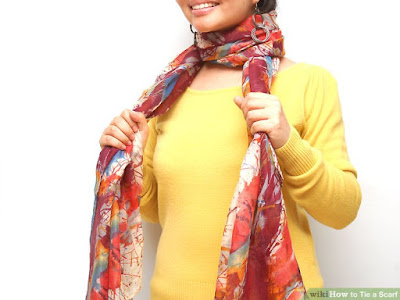 The Blanket Scarf
While this scarf trend has had quite a few go-arounds over the years, the blanket scarf is a relatively new trend again that came on strong in the fall of 2014. While it is similar to the wrap or shawl, the blanket scarf is often bigger, more substantial in size and worn more casually.

When wearing a blanket scarf, think about what it would look like to take a blanket off your bed and drape it over yourself. If this sounds tricky, check out more tips on how to wrap yourself in a blanket scarf. 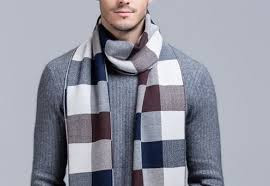 The Snood Scarf
Like the blanket scarf, the snood has only recently made a comeback. The history of the snood, along with all its different meanings, is quite interesting and worth a read. Basically, the snood is a large turtleneck scarf, similar to an infinity scarf, that can be worn up high on the neck and even worn as a hood. 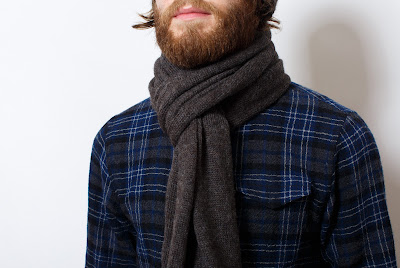 Despite their many meanings, wearing them is incredibly simple. Most people wear them as outerwear pieces with coats to protect the neck, ears and head from the elements. Just pop it over the head and wear it around the neck.
Have at least one scarf on hand
All these different scarf shapes serve a different purpose and create a different look when worn. Stock up with at least one of these popular styles to change up outfits with ease.